The Annenberg Public Policy Center (APPC) and the Robert Wood Johnson Foundation® (RWJF) CHAMP project was a large multi-year content analysis of health risk behaviors, contained in popular U.S. movies, television, music, music videos, and the internet. The project examined trends in the use of tobacco, alcohol, and drugs, as well as sexual, violent and suicidal behaviors. The study also assessed positive social actions, such as suicide intervention and designated driving. 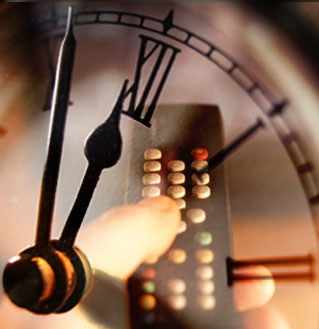 behaviors as portrayed in the media over time to evaluate the potential positive or negative impact on adults and youth. There are now datasets containing long-term trends in these behaviors. One of the aims of this project was to provide researchers, the public, and policy makers with evidence of potential influences from popular culture as transmitted through mass media.

What differentiated CHAMP from other content analyses was the time span covered (in some cases dating as far back as 1950), the breadth of content evaluated, and the standardization of coding categories. CHAMP also met a strong reliability standard and was representative because it coded media systematically over time.

Coding of Health and Media Portrayal in Our Nation (CHAMPION)

In 2016, APPC partnered with RWJF on a new multi-year grant, CHAMPION. In addition to coding TV for health risk behaviors established by the earlier CHAMP project, a series of Culture of Health variables was added to this new TV content analysis. These variables included food and beverage consumption, exercise, education, medical and mental health treatment, anti-risk messaging, and social cohesion.

The second study sample evaluated TV popular with adolescent audiences between the ages of 12 and 18. Within this age group, the study examined shows popular with a composite audience, an African-American audience, and a Hispanic audience to determine whether there were differences in portrayed content between demographics. This portion of the study examined popular family dramas and sit-coms that aired between 2001 and 2016 and included both broadcast and cable shows.

The final sample focused on Spanish-language TV programming including traditional telenovelas, as well as the emerging “narconovela” genre, which centers on the illicit drug trade. CHAMPION also conducted a cross-comparison analysis of telenovelas with English-language adaptations, such as Juana la Virgen and Jane the Virgin. Comparing such content allowed for our “culture of corruption” hypothesis to be tested, which predicted that the English adaptation would feature more health risk and less Culture of Health content than the original Spanish version.

Undergraduates from the University of Pennsylvania coded the media content, including a team of bilingual students for the Spanish-language programming.

It is our hope that this website YouthMediaRisk.org (YMR) can make methods and findings from the CHAMP and CHAMPION projects accessible to the academic and policy-making communities.

We use a method called “content analysis” to analyze and summarize media content, a methodology established in the communications field that, as a requisite of the scientific method, is able to be replicated by others. (See Neuendorf, 2002 and Krippendorff, 2004). Content analysis enables the coding of media content using a reliable system of coding. It by definition requires more than one coder and methods for determining reliability and validity. The field is relatively new and growing.

Both Neuendorf’s* and Krippendorff’s† books are excellent resources for anyone interested in conducting or understanding content analyses, especially what is known about reliability (the measure of coders’ consistent use of shared definitions that allow them to code media content in a similar fashion) and validity standards. (There are many types of validity including face, construct etc.) This site features a link to a paper by Dr. Neuendorf on reliability as well as her reliability program PRAM. We also post a paper on understanding validity by Dr. W. James Potter, a veteran of the National Television Violence Study. A more detailed explanation of the purpose and need for the project can be found in a paper by Bruce Hardy, et al. We also provide chapter summaries and data from a recent book that features data collected from the movie sample of this project. We hope you find these resources useful; the links are below.